Home
DOG VIDEOS
Because Of A Broken Leg, This Puppy Had To Have Two Surgeries – Now, He Has A Happy Life He Enjoys

One of the very best perks about being an animal lover is that you can never hurt innocent and cute dogs. Sad to say, there are cruel people are out there. Even the cutest and most loving puppy can be abused by these people.

People who don’t have a heart didn’t stop a cute puppy named Truffle from being abused. In a sad twist of fate, this world’s cruelties took a toll on the poor dog.

It was in this situation that her current fur mom, Tatyana, found him. She found him in a town outside of Moscow.

He had a broken leg because of a trap that he had accidentally stepped on. An X-ray showed that his leg had been broken in two, which meant that he needed to medical help right away.

Tatyana took him home after she found him in a trap with a broken leg. It was a good thing that she took care of Truffle and gave him somewhere to sleep.

Tatyana noticed right away that the dog was smart and that even though he had a broken leg, he was still playful and had fun with the toys that were given to him. The bad news is that Truffle’s condition didn’t get better overnight, so Tatyana took him to the vet in Moscow where she found out that he had to go through surgery.

Truffle had to have two complicated surgeries for his broken leg. Fortunately, the surgeries worked out well. Because of these, he can walk again and use his legs.

Truffle licked Tatyana’s hands and cheeks when they left the hospital to show her how happy and grateful he was.

For the rest of his life, Truffle will always be grateful to the person who saved his life. The bad thing that happened to him led him to find a loving and happy family.

When Truffle had surgery, Tatyana said that he became stronger and more energetic, and he was always doing silly things which made her even more attached to this dog she rescued.

Watch the short but sweet video below and be moved by Truffle’s story. 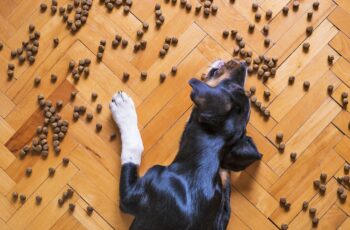 Everybody knows that dogs are incredibly smart. But what many … 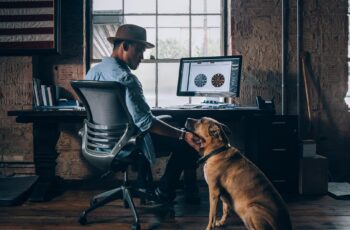 When Waddy Moses lost his beloved dog, Reo, to cancer …