Home
DOG STORIES
No One Wanted This Pitbull Because She Was Old And Ridiculous, Except Her New Mom

Amanda Watts, the founder of the foster-based animal rescue group Watts Project, was driving her husband to work one morning when a very skinny dog ran across the street. Quickly, she pulled over. It required a little bit of work but she was able to secure the dog she later on named Olive.

Olive wasn’t in perfect shape. She was old, toothless, and severely emaciated. But thanks to her rescuer, she got the treatment she needed before it was too late. 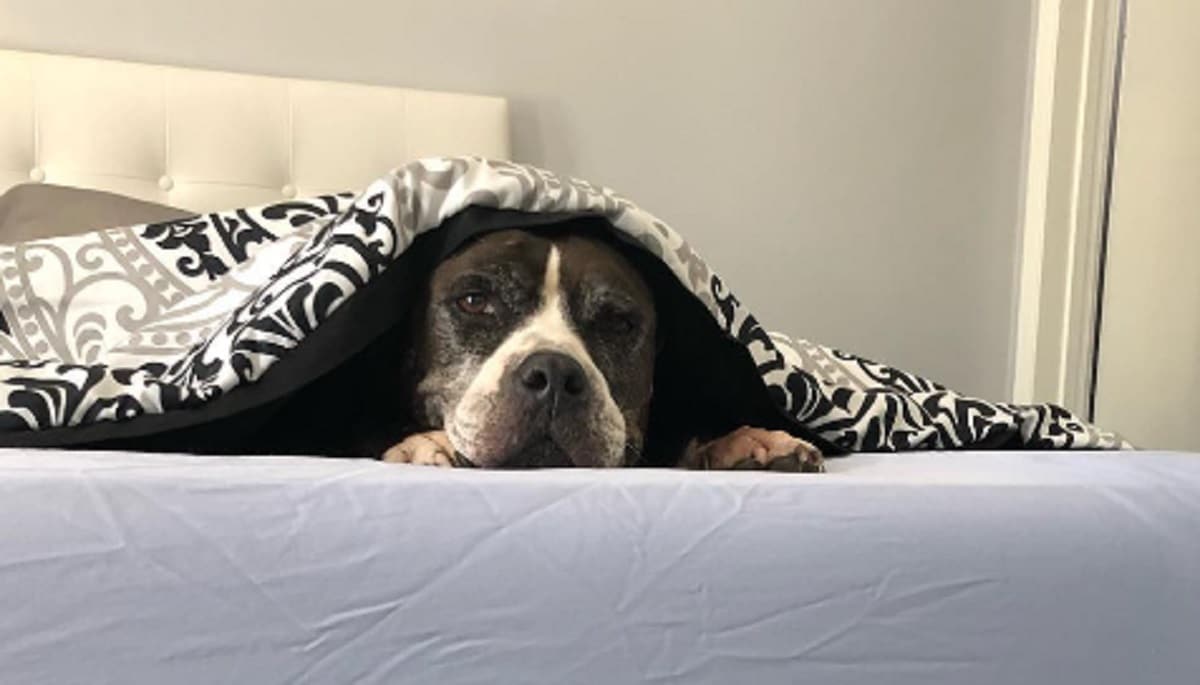 The senior dog, believed to be between 8 and 10 years old at the time of her rescue, needed lots of time to heal. While she recovered, her rescue friends took the time to share her story in the hopes of finding her a new home. Despite the number of potential adopters, none seemed to like her, except a woman named Nina.

When Nina decided to adopt a dog, she told the rescue workers that she wanted the saddest, most broken dog at the shelter. She didn’t care about breed, size, or age. So, Watts Project sent her Olive. 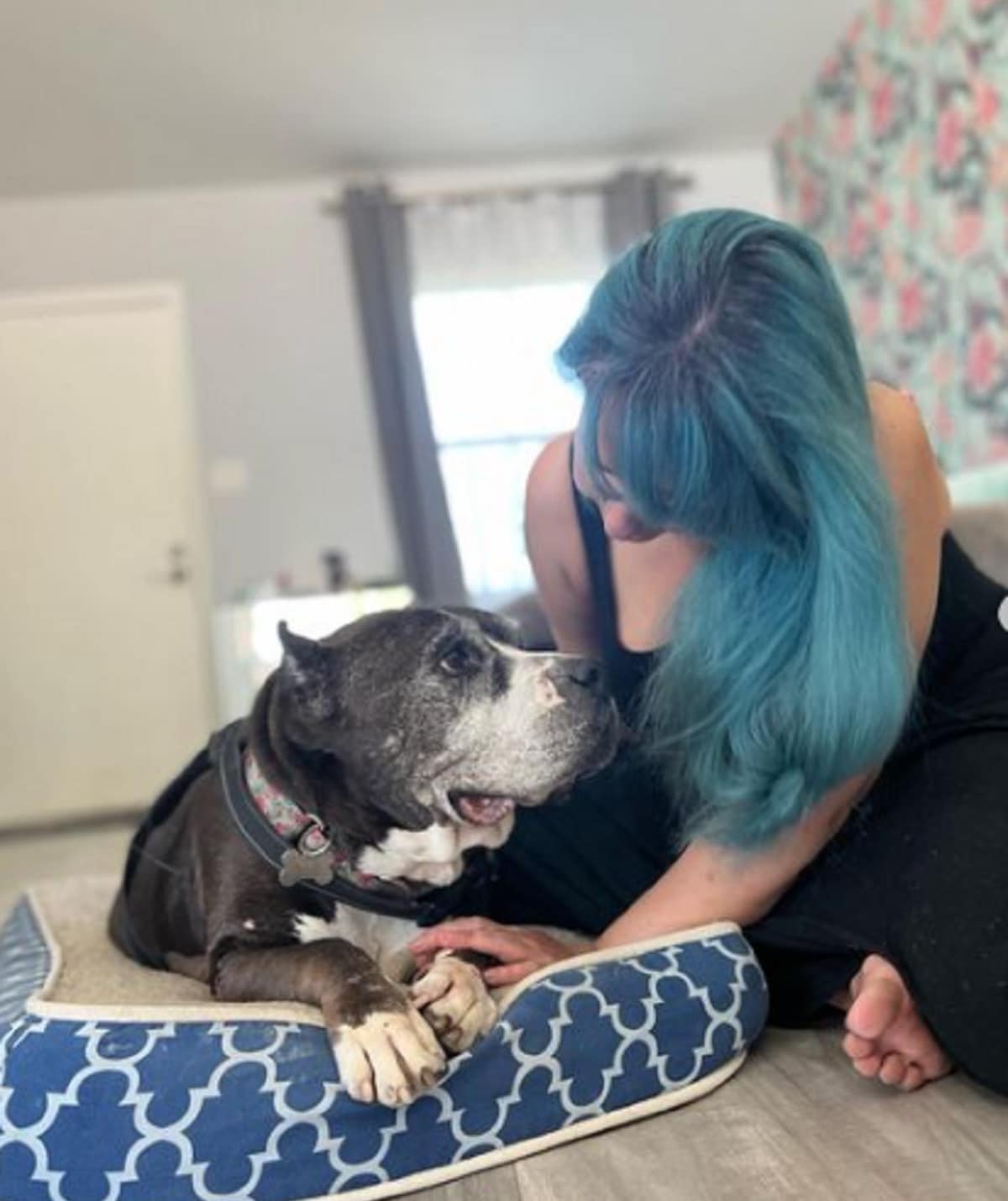 None of the rescuers knew about Olive’s past but it was clear that someone owned her. Her ears were cropped and she obviously gave birth to many litters of puppies. As to how she ended up on the streets, no one knew how.

At her age, everyone believed Olive had a few months left to live. She probably had a year at the most to enjoy her new life. But this old lady had a different plan and she was yet to give up life. 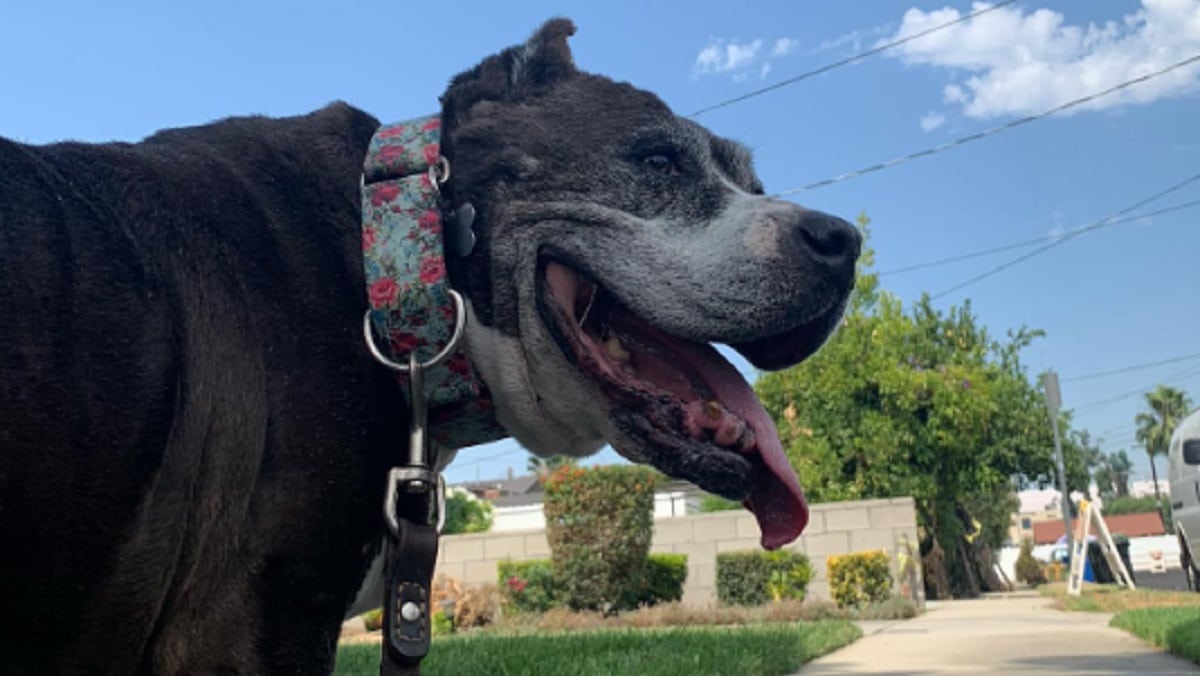 Olive is now 15 years old and she’s surely having such a great time in her new home. As she gets older, she feels and looks much better. Surely, she hit the jackpot when Nina came into her life.

While adults walk away from her, children gravitate towards Olive. They love her and they all want to hug and kiss her. They know that while her looks may be intimidating, she’s nothing but a sweet and gentle old dog. 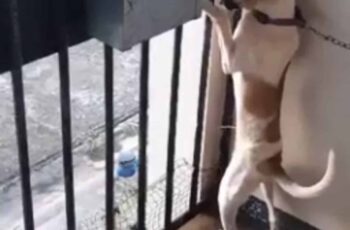 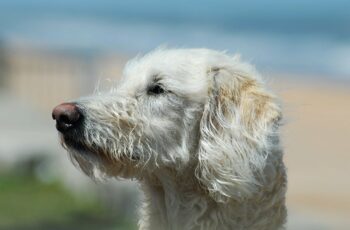 2020 was a challenging year, but the Marinos had other …