Being a firefighter is a noble profession. People in this line of work not only extinguish fires. Their primary duties also include saving humans and animals from danger.

Earlier this year, North Sacramento firefighters saved a pit bull from an inferno. Though officials explained that the puppy was discovered within the area of the fire, he miraculously did not sustain any serious injuries.

After being rescued, the little dog received a pleasant surprise – someone decided to adopt him.

The dog that survived the fire

The Sacramento Fire Department shared an exciting video about the pit bull’s adoption on Instagram. In the said clip, a firefighter named Mike Thawley announced that he would adopt the pup after fostering him for a few weeks. He named the pit bull Loki, which was actually the name of the Norwegian god of fire.

Some netizens expressed their joy about Loki’s adoption story. One thanked Thawley for accepting the pup into his home. Someone even called him an angel walking on earth.

Another praised the firefighter for giving the dog a great name. A commenter from Switzerland said that she loved Loki’s story, and it melted her heart.

Loki would be meeting his new big sister who was already living at Thawley’s home. Her name is Chunk, a blue-nosed American Staffordshire Terrier.

Like Loki, Chunk was rescued by the firefighters of the Sacramento Fire Department five years ago. Thawley detailed that his team found her chained to a fence. Right after the rescue, he fostered and adopted her.

Loki underwent neuter surgery and is now recovering. He is definitely ready for his new life.

Thawley, an advocate for pit bulls, wants to make it known that the likes of Loki are sweet and misunderstood. He claims that Loki’s breed is one of the most loving and family-friendly ones out there. 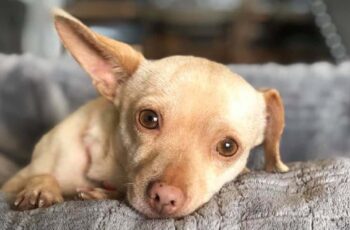 Barbie, a Chihuahua, lived in an enclosed space by the … 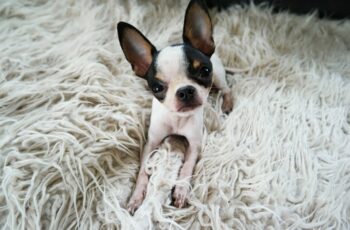 A Chihuahua named Ricky Ray is protective of his dear …