Home
FEATURED
Heat In The Dog

Heat is a completely natural process that can be observed in healthy female dog at fertile age. However, some signs of heat can be irritating or unsettling for dog owners. Here you can find out what you should know about heat, which processes are normal, and what you can consider to avoid unwanted offspring.

The first heat usually starts at the age of six to twelve months. At this point, the female dog is physically and mentally in the middle of puberty. Exactly how old the animal is when it reaches sexual maturity varies depending on the breed of dog and the individual. While small female dogs usually get heat for the first time at around six months, large breeds often don’t come into heat until they are two years old.

The decisive factor for the first heat time is that the female dog has reached her full-grown body weight. This happens a little later in large breed dogs and when the growing animal is not getting enough food (for example, in poor husbandry) or has gone through an illness. But every dog ​​is different: some animals are still almost puppy age, and some other healthy little female dogs do not come into heat for the first time until they are two years old.

A normal female dogs heat cycle lasts approximately three weeks. In addition, the first heat in dogs is often not quite typical, as the bitch is only just reaching sexual maturity and is not yet fully developed physically. Sometimes, for example, there is a silent heat: Despite the typical hormonal processes, no external signs of heat, such as the bloody discharge, are visible here. So a dog can go into heat completely unnoticed. In other cases, typical signs of heat appear first, but then subside for a few days before they reappear – this is called split oestrus.

So there is no need to worry if a female dog was not obviously in heat when she was two years old, or if the first heat did not go perfectly well. Both are relatively common. If you are still unsure or if you have any other questions, speak to your vet. They will examine the dog thoroughly and can also advise you on whether and when neutering makes sense, if you are considering it. In a female dogs castrated early (especially before the first heat or between the first and second heat), on one hand, the risk of certain diseases is reduced (e.g. pyometra, mammary tumors). On the other hand, castration also has side effects (e.g., incontinence ).

Tip: You should also consult the vet if you notice any other signs in the female dog in heat that may suggest a pathological cause. If, for example, the dog’s stomach is very tense, the dog seems to be in severe pain, or if you discover purulent discharge, clarify the cause with the vet. 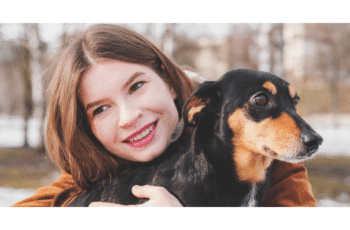 Dogs are neither toys nor cuddly toys. If you take … 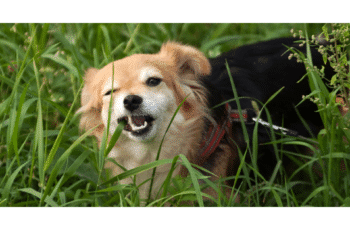 During a walk or in the garden at home, it …